A puzzle over racist slurs

Amy Gaidis considers a recent controversy over racist slurs appearing in the New York Times crossword — and the inadequate response from the editors.

THE NEW York Times rang in the new year by publishing a racist slur in its January 1 crossword puzzle.

The puzzle’s 2-down clue, “Pitch to the head, informally,” prompted an answer derived from the common baseball term “beanball,” but the six-letter word that filled in the grid is more commonly used as an anti-Latinx slur that targets Mexican people in particular.

This isn’t the first time in recent months that a racist slur has been printed in a New York Times crossword.

Last April, the clue “Proceed all right” was used to prompt the answer “Go o.k.” While that might be a fine thing to say in a sentence, in a crossword puzzle grid, the spaces between separate words are discarded, as are periods, smashing together the letters and in this case resulting in an anti-Asian slur smack-dab in the middle of the puzzle’s grid.

Just four months later, a puzzle was published with the clue for a five-letter word, “Armor flaw” in reference to the phrase, “a ____ in one’s armor.” Fill in the blank, and you’re again left with a racist term for Asian people. 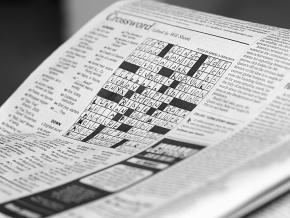 Many people assume that crosswords are created by computers, but the puzzles that run in the Times are created by real human beings, called constructors. While the constructor creates the interlocking layout of the grid and drafts its clues, it is the puzzle’s editor that has the final say about the product that makes it to publication.

After solvers called out 2-down in the January 1 puzzle on social media, Will Shortz, puzzle editor for the Times, issued a response on Twitter:

I’m very sorry for the distraction about [slur] (2D) in today’s fine puzzle by Gary Cee.

Neither Joel [Fagliano, the assistant print puzzle editor] nor I had ever heard the slur before — and I don’t know anyone who would use it. Maybe we live in rarefied circles.

In researching this puzzle, we discovered the other meaning of the word as a slur. Later, Jeff Chen over at XwordInfo brought it to our attention as well.

My feeling, rightly or wrongly, is that any benign meaning of a word is fair game for a crossword...

...Perhaps I need to rethink this opinion, if enough solvers are bothered. I want your focus to be on the puzzle rather than being distracted by side issues. But I assure you this viewpoint is expressed with a pure heart.

Meanwhile, for any solver who was offended by 2-Down in today’s puzzle, I apologize.

CROSSWORD ENTHUSIASTS are a particular bunch, and there is often debate over which words or phrases work well in a puzzle and which should be left behind.

But there shouldn’t be a debate over whether racist slurs and other oppressive language belong in the puzzle, regardless of any kind of “benign” alternative definition they might have.

Puzzle solvers use the context of the clue to place an entry in the grid, but once that word is entered in the grid, it appears in stark relief, stripped of the wordplay, disembodied from the prompt that put it there, naked in all its ugly meaning.

Shortz’s non-apology apology is only the latest in a series of tone-deaf responses to the politics of language and power in the puzzle. Critics have pointed out recurring issues of racism and sexism being included in the puzzle, as well as a bias against puzzles that contain words, phrases and cultural references that tend to be more familiar to women and people of color.

But Shortz’s statement about the January 1 puzzle deserves a direct response. A lack of familiarity with the term isn’t a great excuse for someone whose job is to know words. Furthermore, Shortz acknowledges in his statement that he did learn the racist meaning of the term prior to sending it for publication — once in his own research, and again when a test solver pointed it out.

There is a particular cruelty in tossing an anti-Latinx slur into the “Fun and Games” section of the paper in a period of escalating anti-immigrant rhetoric directed at Mexican and Latinx people, led by the president of the United States. This puzzle ran less than a week after 8-year old Guatemalan refugee Felipe Alonzo-Gomez died in DHS custody at the U.S.-Mexico border.

The escalation in nationalist xenophobia has impacted Asian Americans as well. As Trump has pursued an aggressive line of rising tensions with China, ICE has targeted Vietnamese and Cambodian communities for deportation, and advocacy groups have reported a rise in hate crimes against Asian Americans.

There’s also the issue that the word isn’t actually commonly used in baseball at all. Marc Normandin, a staff writer and baseball editor at SB Nation since 2011, said in an interview:

“Beanball” is the current (and informal) way of describing a pitch to a batter’s head in a baseball game, and it does derive from the old-timey usage of “bean” to describe a person’s noggin. Back in the 1940s and 1950s, yes, a pitch to the head could be described as a “beaner,” but the crossword world isn’t made up entirely of octo- and nonagenarians who would recall this specific detail from their childhood...

I don’t really know what the Times was trying to accomplish here. It’s not a word we’d utilize in baseball writing today, to the point where, if one of my writers tried to use it in one of their articles to describe a beanball, there would have to be a conversation about it, or at least a very intense stare from me until they realized they had done something wrong. This situation has never come up, though, because again, we’re not in the 1950s.

Language evolves, and “beaner” is not in the baseball lexicon any longer, not when it has such horrid connotations outside of the sport. If anything, the “bean” concept is moving even further away from the head, as it is often (incorrectly) used to describe any time a pitcher hits a batter with a pitch, which just further muddies the origins for today’s fan and makes this crossword solution that much more bewildering. The Times really pulled this one out of left field, or at least out of time.

SHORTZ SUGGESTS that perhaps he lives in too “rarefied circles” to have heard this particular slur, but as the primary tool by which the American ruling class divides and conquers working class people, “rarified circles” are exactly where racism has its roots.

And while crossword puzzles typically demand a precise and complete consideration of words in all their meaning, they exist as part of a bourgeois media culture that refuses to use direct language when confronted with racism — one that will confidently proclaim “motherfucker” to be a slur while violent racist acts are routinely described as “racially charged” or “racialized.”

People with oppressed identities are often familiar with slurs. This isn’t because they haven’t surrounded themselves with a “rarified” enough crowd, but because they are involuntarily encircled by racism, sexism, homophobia, transphobia and other forms of oppression that permeate the structure of our society.

As Jeff Chen, crossword constructor and editor of Xwordinfo wrote on his blog,

I personally take offense to CHINK in puzzles, and a couple of readers have bluntly told me “I’m being too sensitive” (and worse). My response is that it’s easy to say that if you haven’t been told to “go home, you dirty f*cking chink” (and much worse)...

Puzzles ought to be enjoyable, a smile-inducing diversion from the daily struggles of life. Even if BEANER punches just a small number of solvers, that makes it worth changing — especially since the fix is super easy.

Crossword puzzles are a reflection of our society, but we can change and shape them with our action. We should continue pushing constructors and editors to make puzzles that are fun for everyone, and support independent platforms that expand representation for oppressed groups.

But if we are serious about getting racism out of our grids, we have to go beyond our struggle to solve for 6-down and get active in wider struggles against oppression in the streets and in our workplaces.