The scum rises to the top of a sinking campaign

Donald Trump's campaign has fallen further behind in opinion polls--so in typical fashion, he doubled down on the bigots who surround him, writes Danny Katch.

THE CONVENTIONAL wisdom calls for the Republican presidential nominee to move to the center for the general election to try to win over more voters--though party leaders probably would have been satisfied with a "center" where the candidate made racist ad-libs and retweeted conspiracy theories fewer than twice a week.

But Donald Trump doesn't follow any variety of wisdom, conventional or otherwise. Just as George W. Bush rose to power by brandishing his intellectual inferiority as a badge of honor against "elitism," the billionaire reality TV has overwhelmed the Republican Party on the strength of a Trumpian tautology: he wins because he is a winner, regardless of what he says or does.

Since Trump is synonymous with victory, the only reason he could find for trailing Hillary Clinton in opinion polls by a wide and growing margin is that his advisers must lack intestinal Trumptitude. So in late August, he shook up his campaign team, bringing in a couple right-wing media bullies who can be counted on to shower unconditional love on Trump's inner troll. 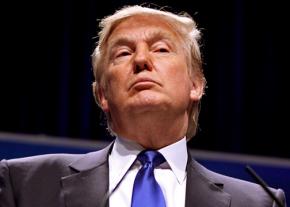 First, the candidate who is trailing Clinton by 23 points among women voters, according to one poll, reportedly brought in Roger Ailes--while headlines were still fresh about the firing of the powerful former head of Fox News after accusations of serial sexual harassment of over 20 female employees finally came to light.

That outrageous story has been almost forgotten, however--because a few days later, Trump named as his new campaign manager Stephen Bannon, the head of the notoriously bigoted and far-right Breitbart Media.

If Fox News is the ideological equivalent of a giant ideological retail box store, selling shiny packages of birther rumors and racist memes, Breitbart is the unregulated factory where much of that garbage is produced in its raw dark-internet form. At Breitbart, you'll find headlines like "There's no hiring bias against women In tech, they just suck at interviews" and "Take Down the Fascist, Anti-Christian Gay-Pride Flag."

Under Bannon's leadership, Breitbart moved further to the right to embrace the open racism, nativism and bullying of the self-styled alt-right. In fact, the Breitbart website recently published "An establishment conservative's guide to the alt-right" that takes elaborate pains to rebrand open racists as "mostly white, mostly male, middle-American radicals, who are unapologetically embracing a new identity politics that prioritizes the interests of their own demographic."

As the Southern Poverty Law Center, which tracks developments on the far right, reported in April:

Over the past year, [Breitbart] has been openly promoting the core issues of the Alt-Right, introducing these racist ideas to its readership--much to the delight of many in the white nationalist world who could never dream of reaching such a vast number of people.

Oh, and there's the revelations that Bannon was arrested in 1996 for allegedly assaulting his then-wife (the charges were later dropped)--and that in 2007, she claimed in court documents that Bannon objected sending their children to a certain private school because he didn't want his "girls going to school with Jews."

TRUMP AND Bannon are a match made in hell--one can imagine them hooking up on a fascist dating site: "Narcissist bully who enjoys casual racism seeking white supremacist into promoting demagogues." But their newly formalized partnership points up some of the contradictions and chaos of the Trump campaign.

Trump staffers are portraying themselves as a pivot away from months when Trump slipped in the polls because he wasn't being his authentic self. But nothing could be further from the truth.

All summer long, Trump has been relentlessly, ridiculously Trumpy: impugning the integrity of a Latino judge, hurling Islamophobic slurs at the family of a soldier killed in Iraq, hinting darkly about how the "Second Amendment people" could stop a President Hillary Clinton. That's what sent his campaign into free fall among the majority of voters who don't like mean-spirited bigotry.

The fact that Trump decided he needed to bring in more disgraced and disgraceful hatemongers shows that his automatic solution to any hole is to keep digging deeper down into the mud.

That was proven almost immediately when Trump tried to exploit another tragedy--the murder of Nykea Aldridge, a cousin of NBA superstar Dwyane Wade, as she was pushing her baby in a stroller on Chicago's South Side--as an opportunity for shameless self-promotion. "Dwayne Wade's cousin was just shot and killed walking her baby in Chicago. Just what I have been saying. African-Americans will VOTE TRUMP!" he tweeted, misspelling Wade's first name--and ignoring the fact that opinion polls put Trump in the single digits with Black voters.

Because Trump's campaign staff shake-up is so illogical from the point of view of becoming president in 2016, there has been speculation that Trump's real goal might be to build a hard-right brand with Ailes and Bannon that will lose handily in November, but put the trio in a position to launch a potent media company to the right--can you imagine?--of Fox News.

Of course, this is only speculation. It's pointless to spend much time pondering the long-term thinking of Donald Trump--a man alleged to "have no attention span" by the author who ghostwrote The Art of the Deal.

And it's too early to say how Bannon and Ailes will influence an erratic candidate who is famously unwilling to take advice. Indeed, right after Bannon came on board, Trump marched off in a completely different direction on the immigration issue, retreating from his regular call for the deportation of all undocumented immigrants and instead saying that he would continue Barack Obama's immigration policies "perhaps with a lot more energy."

WHAT WE do know is that the Trump campaign is bringing the openly hateful right more into the U.S. political mainstream than it has been since before the victories of the civil rights movement half a century ago.

Even before Trump's personnel shakeup, Sarah Posner noted in Mother Jones, his campaign had helped the "once-motley assemblage of anti-immigrant, anti-Muslim, ethno-nationalistic provocateurs" of the alt-right coalesce into a more organized force.

Now that Bannon is the campaign manager, there are even fewer degrees of separation between the leadership of the Republican Party and the actual Nazis who populate the Breitbart website's comment section (see for yourself if you must)--plus the respect customarily bestowed upon major presidential candidates will help "white nationalism" inch that much closer toward acceptability.

Liberals who support Hillary Clinton point to all this as evidence that Trump is a more ominous candidate from previous Republican nominees like Mitt Romney and John McCain. He's even scarier in some ways than George W. Bush, a man so dangerously dense that he believed that God told him to invade Iraq and Afghanistan.

But joining Team Clinton is the worst of all possible approaches to stopping Trump--because it ties millions of people who genuinely want to fight hate and bigotry to a candidate and a party which are thriving because Trump gives the right a big platform, and which promotes its own brand of scapegoating and xenophobia, if in a kinder, gentler package.

Unlike most of its voters, Clinton and the Democratic Party want Trump to be as bigoted as possible because it helps them win elections without having to promise anything beyond not being Trump--a wonderful gift to the supposed "party of the people" that is funded by Wall Street and Silicon Valley.

Trump's racist attacks on Judge Gonzalo Curiel and the family of Capt. Humayun Khan allows Clinton to earn anti-racist cred for taking the not-very-bold stands that Mexican-Americans can be judges and Muslims can be U.S. soldiers. Meanwhile, the questions Clinton would rather not discuss--about the Pentagon's wars on Muslim countries and the justice system's racist bias toward Blacks and Latinos--can pushed deeper into the shadows.

As Nicole Colson wrote in a SocialistWorker.org article about the two parties' different brands of Islamophobia: "[T]he exhortation to vote for the Democrats as the 'lesser evil' was used at the Democratic convention to silence voices critical of the party's pursuit of empire abroad and trampling of civil liberties at home. But the 'lesser evil' isn't so 'lesser.'"

One of the main reasons for Trump's success is that the Democratic Party has followed the rightward-moving GOP to occupy ideological turf once associated with mainstream Republicans--thus, New York Times columnist Maureen Dowd recently called Clinton "The perfect GOP nominee."

As the Democrats become more and more the first party of Corporate America--as evident from the stream of endorsements for Clinton from Wall Street billionaires and foreign policy establishment hawk--the party that used to claim that title is fractured at the top.

The Republicans still preside over a collection of powerful state machines that maintain power through gerrymandering and voter suppression--and as Lance Selfa and Alan Maass point out, this may be the source of a future revolt against the Trump wing of the GOP.

But for the coming months, the Republicans are being led on a national level by hucksters--of which Trump is just the latest and most successful, since no one should forget Sarah Palin, Herman Cain and the rest--whose ideological glue isn't so much free-market economics or even cultural conservatism, but the racist paranoia churned out by Bannon, Ailes and Co.

So both parties are moving to the right--and one of them into the wilderness of the far right--at a time when all the opinion polls and political developments like the Sanders campaign show that young people are as left wing as they've been in generations.

Hang on. It's going to be a Trumpy ride.